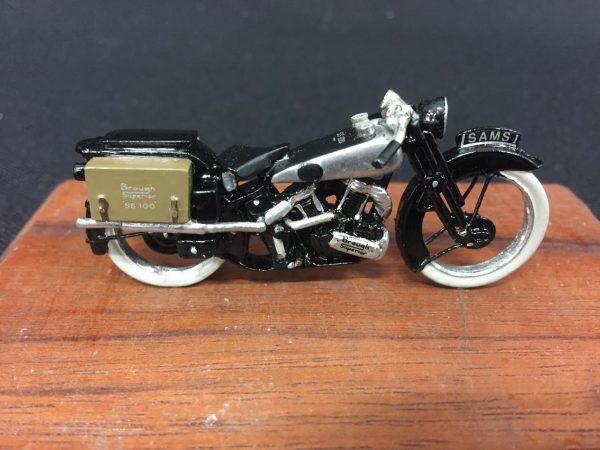 The Brough Superior SS100 is made from white metal and all parts are handmade to the finest specifications.

The Brough SS100 was a very famous bike T E Lawrence (known as Lawrence of Arabia) had several and sadly lost his life on the SS100, but has since due to his death saved the lives of thousands of people, as the neurosurgeon at time was Hugh Cairns and from that day forward he conducted many tests and the crash helmet was introduced to mortorbike riders.